National Workshop on Data Policy 2022 held at the AIFC 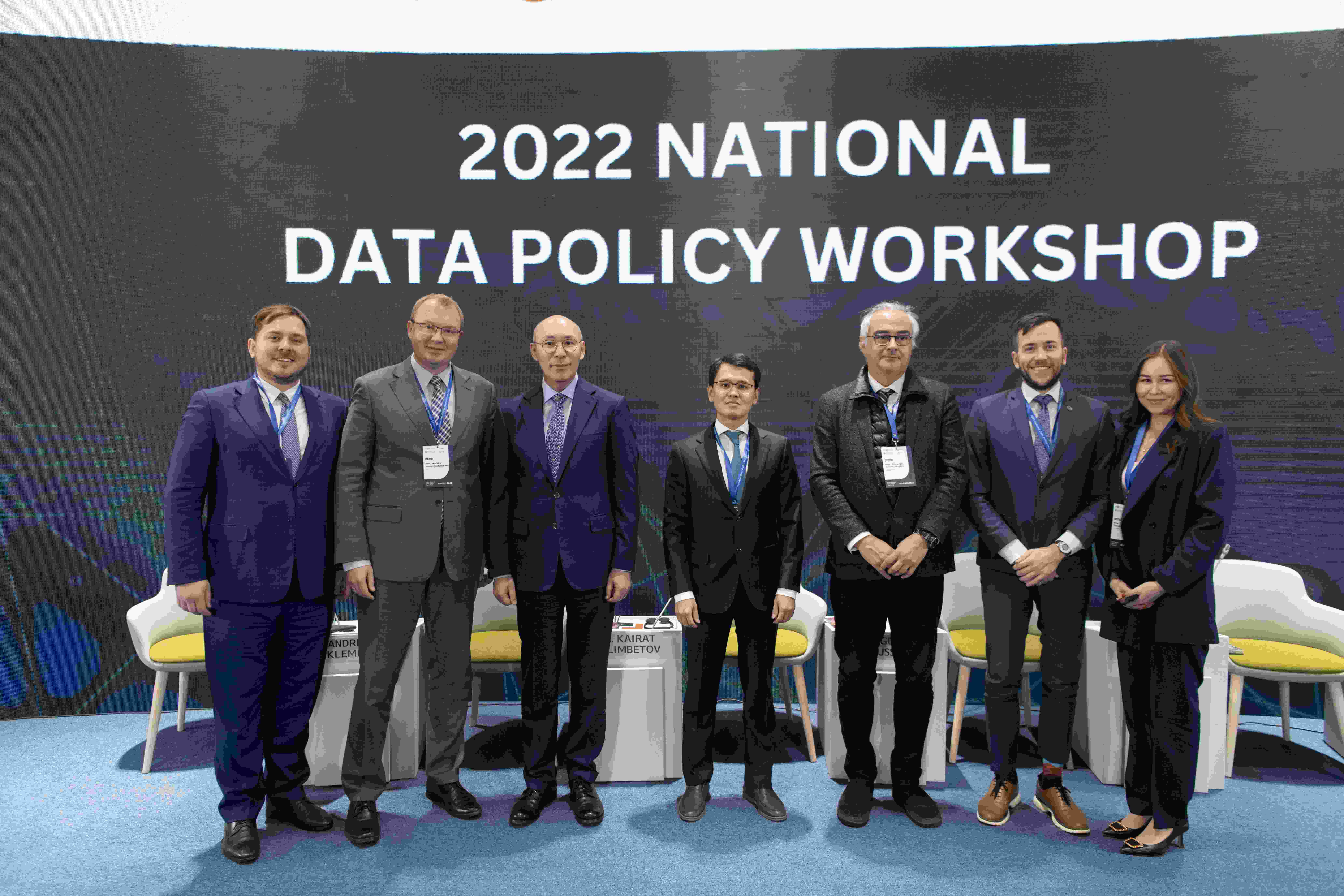 The National Data Policy Workshop was held at the AIFC. It was co-organized by the Department of Economic and Social Affairs of the United Nations (UN DESA), the Ministry of Digital Development, Innovation and Aerospace Industry of the Republic of Kazakhstan (MDDIAI) and the Tech Hub of the Astana International Financial Centre. The main objective of the event was to discuss international data policies and share experiences in the successful implementation of digital transformation.

During the plenary session, the AIFC Governor emphasized the importance of the event in the context of ongoing efforts in the country to improve public services for citizens through digital transformation. Kairat Kelimbetov noted that the AIFC pays great attention to the promotion of digital technologies in Kazakhstan and the Central Asian region. To this end, the World Economic Forum launched the Affiliated Centre for the Fourth Industrial Revolution (C4IR) together with the MDDDIAI based on the AIFC.

Kelimbetov invited international technology companies to cooperate and open data centres based at the AIFC to serve the needs of Kazakhstan and neighbouring countries in the region. The AIFC Governor emphasized the high competencies of the C4IR and the AIFC Tech Hub in data policy, as well as the existence of a reliable regulatory system under English law.

In his speech, the Minister of MDDIAI noted that the discussion of data management issues will not only improve the quality of public services for citizens but will also give a significant impetus to the development of innovative products and the startup ecosystem. Bagdat Musin confirmed the commitment of MDDIAI to an open discussion of issues in the field of data and invited participants to an active dialogue.

Michaela Friberg-Storey, the UN Resident Coordinator in the Republic of Kazakhstan, highly commended the country's progress in the field of digitalization and confirmed the readiness of all UN structures to support further efforts of MDDIAI in this direction.

Vincenzo Aquaro, Head of the Digital Government Unit of UN DESA, presented the results of the UN e-government survey 2022, according to which Kazakhstan ranked 28th in the world in the e-government development index.

Florian Marcus, Project Manager of Proud Engineers, noted that Kazakhstan is ahead of most developed countries in terms of quality, speed and accessibility of public services.

The workshop was attended by representatives of government agencies, the private sector and international experts from the USA, Singapore, India, and Estonia. As a result of the discussions, a set of recommendations for the development and implementation of best data management practices will be developed. More information is available at: https://tech.aifc.kz/ru/data/.

The Astana International Financial Centre (AIFC) is an independent jurisdiction that began operations in 2018. Per the Development Strategy until 2025, the key task of the AIFC is to consolidate as a universal platform connecting the countries of the EAEU, Central Asia and the Caucasus.

The Ministry of Digital Development, Innovations and Aerospace Industry of Kazakhstan is engaged in the formation and implementation of state policy in the field of digital development of the country, in the areas of innovation, communications, provision of public services, electronic industry, and also develops e-government, coordinates the activities of the State Corporation "Government for Citizens”, issues of information security, aerospace industry, geodesy and cartography.

The Department of Economic and Social Affairs (UN DESA), based at the UN Headquarters in New York, is a part of the UN Secretariat responsible for development. Its nine divisions work together towards the common goal of promoting development, along with a Bureau of Capacity Building. UN DESA also works closely with its partners at the regional and country levels to assist countries in developing and implementing national development strategies. 03 February 2023 14:17:55
The National ESG Club has identified the main problematic aspects on the path of ESG transformation